Thetis is a sea nymph and Zeus's personal secretary. She is a member of Snarky Chat on Fatesbook.

She first appears in Episode 35.

Thetis is a nymph with long white hair with curls at the ends, which she often wears in a bun. Instead of ears, she has large gills on the sides of her head. She has silver-grey skin and the areas around her eyes and gills are turquoise. When feeling strong emotions, her hair appears to melt and looks similar to water.

Most of the clothing she wears is colored white and is minimalist in design. She is often seen wearing office clothing and earbuds while at work.

Thetis is manipulative, scheming and competitive. Her main relationships, including the sexual relationship she has with Zeus and her toxic friendship with Minthe, are based on her own desire for control. She is intelligent in her machinations; for instance, she sent Minthe the article about Hades and Persephone knowing that it would anger her. When Thetis found out that Minthe had achieved a public relationship with Hades, something Thetis desires with Zeus, she sabotages Minthe's dinner plans with Hades due to jealousy. She uses manipulative tactics to get what she wants, and plays on other's insecurities and fears. She is also seen as somewhat lazy at her job, choosing to browse social media rather than get any work done. It is implied her position is largely due to her relationship with Zeus.

Thetis is Zeus' secretary and right-hand woman. Whenever Zeus is in a mood, especially due to Hera, he will sleep with Thetis. However, he will then tell her that it can never happen again. Thetis, however, knows otherwise, and appears to think Zeus is wrapped around her finger. Despite her advice to Minthe to "treat them mean, keep them keen," Thetis appears to be friendly and bubbly towards Zeus.

Thetis is well aware that Zeus will not leave Hera for her, so she often does anonymous things to get Hera mad at him. This includes sending Hera his nudes from a burner phone, and it is implied Thetis may be planning on faking a pregnancy or plan to actually become pregnant to ruin their marriage as in mythology, Thetis is the mother of the Greek hero Achillies.

Thetis and Minthe are close friends, but their friendship is incredibly toxic. Minthe comes to Thetis for advice regarding romantic affairs, although Thetis' advice is often double-sided. This is due to her resentment when Minthe accomplishes more in her relationship with Hades than Thetis will achieve with Zeus. She often sabotages Minthe's relationship with Hades by giving her bad advice, such as recommending she be mean to him to "keep him keen." When Minthe and Hades become "official," Thetis decides to ruin one of their dates by taking Minthe out for drinks beforehand, in the process getting her too drunk to meet Hades for dinner. Thetis also seems to comment on Minthe's appearance to keep her self-conscious, making an offhand comment about "getting work done" to reduce the size of her ears.

Thanatos, Minthe, and Thetis all part take in a group called the "Snarky Chat". It's likely they all get along and they all like to talk badly about their coworkers. He is seen later on with her in front of Minthe's apartment door, wanting to reveal what they found about Persephone. In episode 127, the three rejoice hearing from Thetis that Persephone is likely to be put on trial for her actions. Thetis has a feeling Zeus is going make an example of Persephone by making her punishment similar to Prometheus. She and Minthe chat among themselves unware of Thanatos realizing things are taken too far. Later on, Thanatos starts to spend his time with a flower nymph named Daphne and is seemingly ignoring the two. He shows remorse for what they all did and seems to no longer want to be their friend.

Thetis resents Hera for being queen and knows Zeus will never leave her despite his infidelity. While she knows Zeus won't leave her, she tries to get Hera mad at him enough by sending his nudes to her that he sent to other women. Minthe told it was a big mistake as Hera can be wrathful when it comes to Zeus and his mistresses, and since the Fates has Thetis's tape of her future, it can be implied Hera will find out about Thetis and that she sent the nudes to her and will punish her. 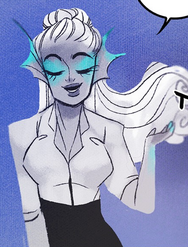 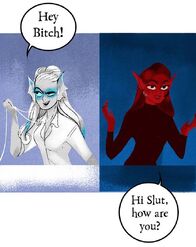 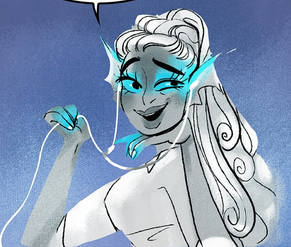 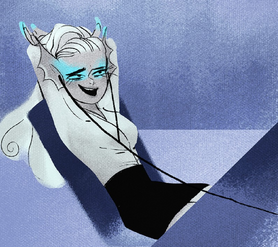 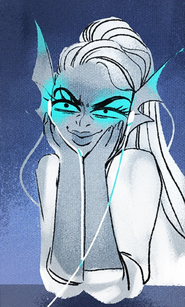 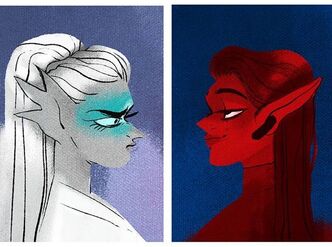 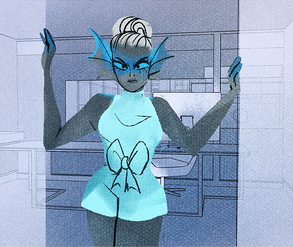 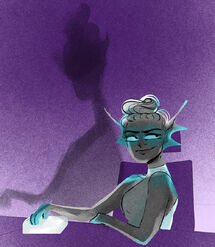 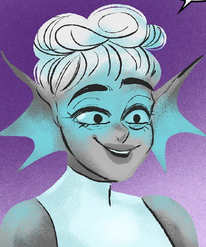 Asking Minthe is she ready for after-work drinks. 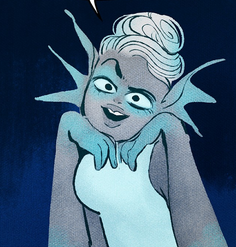 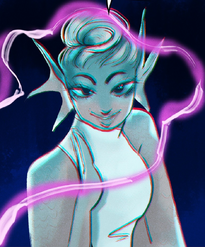 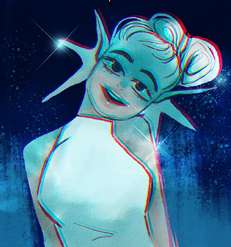 Minthe's pov under the influence of alcohol. 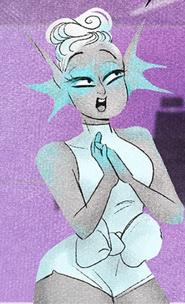 Full-view of her outfit. 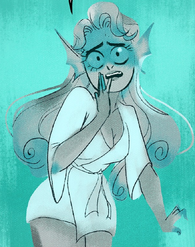 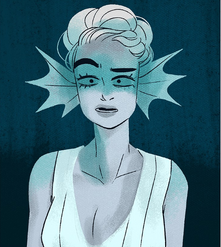 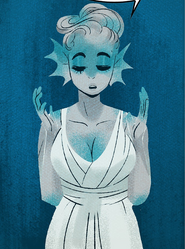 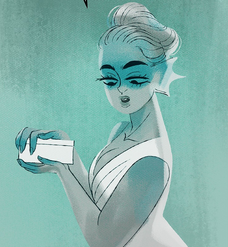 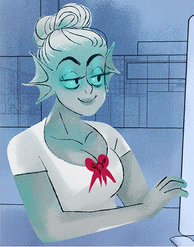 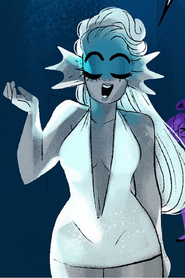 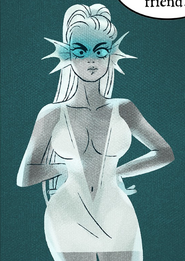 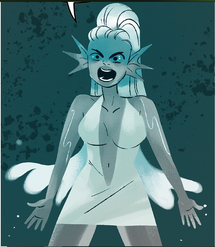 An angry Thetis displaying a pair of water wings. 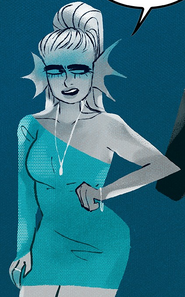 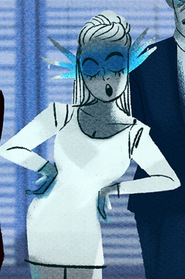 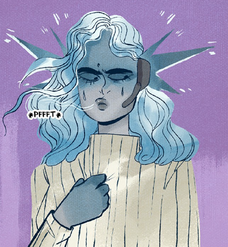 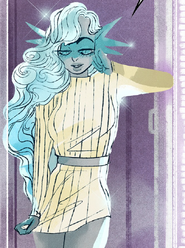 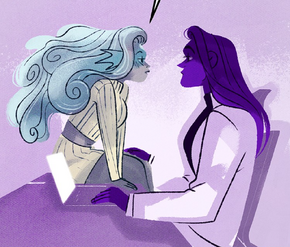 Thetis about to kiss Zeus. 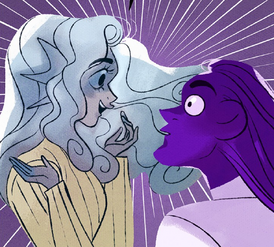 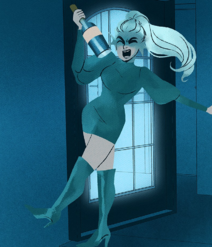 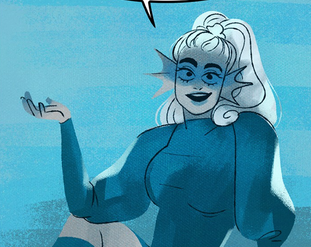 Add a photo to this gallery

Retrieved from "https://lore-olympus.fandom.com/wiki/Thetis?oldid=8231"
Community content is available under CC-BY-SA unless otherwise noted.