The Goddesses of Eternal Maidenhood (or TGOEM for short) are a group of sacred virgin goddesses, led by Hestia. Their members take a vow of chastity. They seek to be good role models and spend their lives serving others, largely by performing charity work.

The members consist of Hestia, Artemis, and Athena. Persephone is a prospective member and has yet to take her vows.

TGOEM gave Persephone a scholarship for university in exchange for her appearing as their spokeswoman at a few events, and under the impression she would officially join the organization when she finished her training as a sacred virgin.

Hera appears to be annoyed that Hestia keeps recruiting new goddesses for TGOEM, as it makes it hard for Hera to do her job as Goddess of Marriage. 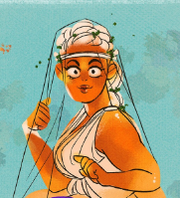 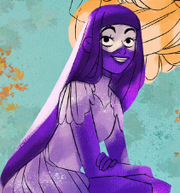 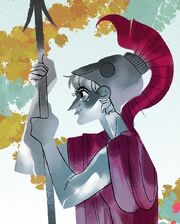 Athena
Add a photo to this gallery 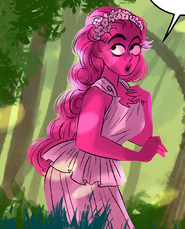 Persephone
Add a photo to this gallery
Retrieved from "https://lore-olympus.fandom.com/wiki/The_Goddesses_of_Eternal_Maidenhood?oldid=5906"
Community content is available under CC-BY-SA unless otherwise noted.