"Someone just admitted they have a crush and I need to get involved." ― Eros, Ep 64

The God of Love and Sex

Eros is the God of Love and Sex. He is the son of Aphrodite and Ares, and the grandson of Zeus.

Eros has a wide set of shoulders and is quite muscular. He has rose pink skin, eyes, and hair. Under his right eye (looking straight), he has a small, black beauty mark. His hair curls in the front. When using his powers, he has a large set of feathered wings on his back.

On Olympus, Eros wears a wide variety of modern clothing, favoring t-shirts and sweatshirts. While in the mortal realm, he wears black Greek armor with pink accents. Occasionally, Eros also wears a Spartan helmet with a snake design supporting the crest.

Eros is genuinely sweet and caring, but has a mischievous streak as well. Like his mother Aphrodite, he has a refined taste when it comes to necessities and clothing. Unlike his mother, he has more empathy for others, and dislikes doing anything mean-spirited. He tries to be there to help out his friends, even if it means putting himself at risk. Eros loves gossip and hearing about relationships, even if its not his business. While he enjoys teasing others, especially over crushes, he does take relationships seriously. He frequently gives Persephone sound advice and was there for her when she revealed the details of her assault. He is protective over those he cares about, which can often reveal a darker side of his personality.

When rescuing Psyche from her abusive family, he appears as a "monster" to the mortals present, and his eyes become snake-like. After Psyche broke his heart, he flew into a rage and murdered hundreds of mortals, his eyes turning black and pupil-less.

As a younger God, Eros can sometimes be oblivious and rash, best seen with how he handled the Psyche situation. Because of Aphrodite holding Psyche against him, he was willing to let her manipulate him into getting Persephone drunk at a party and putting her in the back of Hades' car, although he does question her pettiness and later makes amends with Persephone. It appears his first experience with heartbreak has matured him somewhat, although he is still too naive to realize his mother's nymph handmaiden is Psyche in a disguise.

Psyche was considered the most beautiful mortal on earth. Upon hearing this, Aphrodite gave Eros the task to make her fall in love with the ugliest creature in the world. Upon seeing Psyche, and realizing how her life was in the mortal realm, Eros takes pity on her and subsequently falls in love. To save her from being forced to marry an abusive older man, he illegally takes her to Olympus.

The two begin a loving relationship: he teaches her to read and write, and treats her with kindness. In return, Psyche genuinely loves Eros because he treats her with respect and sees her as a person. However, because he keeps his identity hidden from her and does not let her out of the apartment, Psyche is swayed by her sisters that Eros is a monster and she should kill him for her freedom. Eros catches her before she can cause him harm, ultimately ruining their relationship. Distraught over the betrayal, and heartbroken for the first time, Eros goes to the mortal realm and takes his rage out on hundreds of mortals. Later, Eros admits that he still loves her and wants to confront his mother about her whereabouts.

He is oblivious to the fact that Aphrodite has disguised Psyche as the nymph Ampelus, and interacts with her unaware of her true identity.

Aphrodite is Eros' mother. Eros will often have to do unsavory tasks for her that he disagrees with, as she is holding his lover Psyche against him. This manipulation can lead Eros to commit some shady acts, but he is quick to right any wrongs this may lead to. Despite his dislike of her petty attitude, Eros does love his mother and gets along with her quite well otherwise, both enjoying gossip about new relationships and breakups.

Ares is Eros's father. Eros seems embarrassed of his father due to his behavior and often scolds him when he acts overbearing. When introducing Ares to Peresphone, he calls him "my disaster" before he says "my dad," and is later shocked when he realizes the two have met before. It appears that Ares cares very much for his son, despite their troubled relationship, as he was furious that Zeus would punish Eros.

Despite their vastly different personalities, they share many similarities. Both have similar outfits while in the mortal realm, similar hair curls, and similar expressions when smirking about interesting developments. They are also both capable of great acts of wrath and destruction.

Although Eros was the one who got Persephone drunk and snuck her into Hades' car, he was doing so on the orders of Aphrodite and feels guilt about it. He later arrives at Artemis' house to apologize to Persephone, and ends up telling both of them his story involving Psyche. After this, Persephone becomes one of his close friends. After finding out she has almost no modern clothes, he insists on taking her shopping. He is also thrilled to discover that Persephone has a crush on Hades, and loves to tease her about it. When he inadvertently uses his powers and discovers that Persephone is no longer a virgin, he is initially excited for her, believing she has revealed her feelings to Hades.

When she instead reveals what happened with Apollo, he is horrified for Persephone and assures her what happened was not her fault and that she did not consent. He comforts her afterward at his home and reluctantly agrees to not tell anyone on the condition Persephone see a therapist. Eros has continually shown to care deeply for Persephone, later protecting her when she is arguing with Apollo. 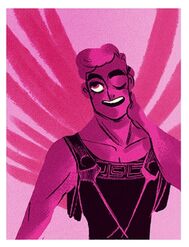 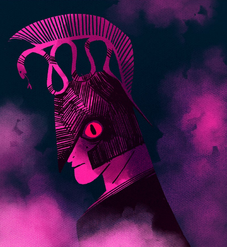 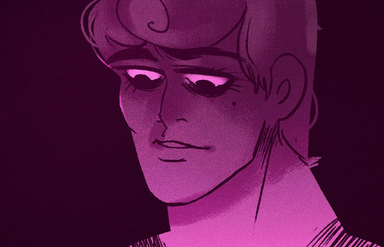 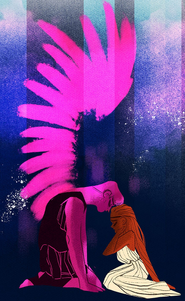 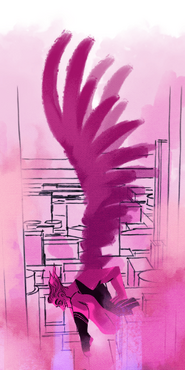 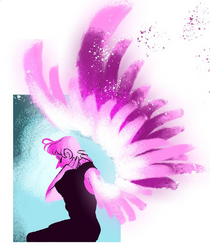 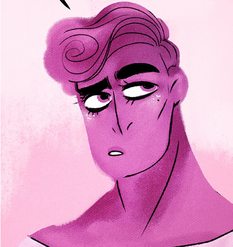 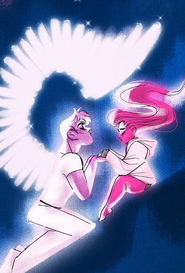 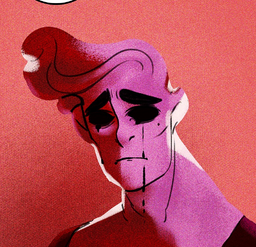 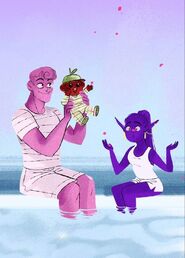 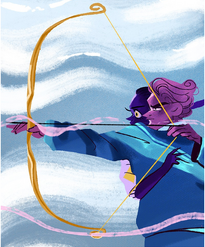 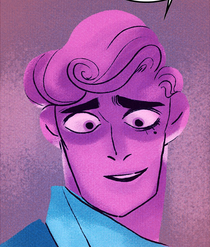 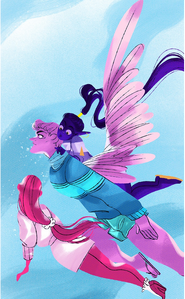 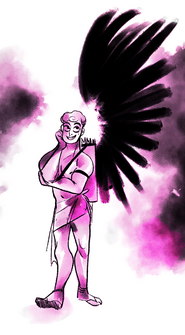 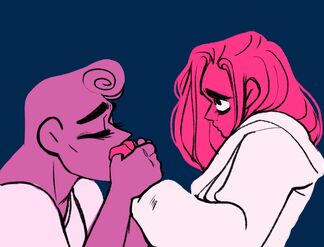 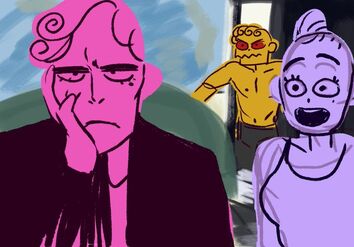 Color sketch of Eros, Aphrodite, and Ares.
Add a photo to this gallery

Retrieved from "https://lore-olympus.fandom.com/wiki/Eros?oldid=5457"
Community content is available under CC-BY-SA unless otherwise noted.