Pink and blue
Daphne is a flower nymph from the Mortal Realm. Currently, on Olympus, she works as a fashion model.

Daphne is a nymph with hot pink skin and long hair. Her skin has blotches of blue. She has large, pointed ears.

While on Olympus, Daphne wears a variety of modern clothing, favoring the color white. In the Mortal Realm, Daphne wears a white stola and white flower accessories in her hair.

Daphne is kind and understanding. She has a bubbly personality and gets along well with others. She quickly warms up to strangers and makes them feel comfortable in her presence. Although she appears a bit naive, unaware that Apollo was helping Thanatos to hurt Persephone, she deeply cares about those around her and always has a kind word for those who have been hurt. She also tries to ignore the rumors around Olympus and looks for the best in people's intentions.

Daphne lived and worked under Demeter in the Mortal Realm alongside other flower nymphs. She often accompanied Persephone, acting as one of her handmaidens, and the two were close friends. Eventually, Daphne left the Mortal Realm to live on Olympus, where she began a career as a model. She has seen success, with a large following on an Instagram-like site and modeling for popular brands like Pomegranate.

She has a crush on Apollo and had been waiting for him to ask her out on a date, which he does after he stops pursuing Persephone. She is seemingly unaware that he and Persephone were never a couple, sympathizing with him over their apparent breakup. She is also unaware of Apollo's bad qualities and his assault of Persephone, enthusiastically spending time with him when they begin dating. When Persephone shows concern over their relationship, fearful for Daphne's sake after what happened to her, Apollo asserts that he is doing what Persephone told him to, and making Daphne "his Olympian."

Later on in Episode 139, it revealed that her relationship with Apollo was from a fling that didn't work out. When Echo warns Daphne about Apollo's behavior, she finds it as a misunderstanding however she kept Echo's warning in mind while heading to her date with Apollo. At the beginning of their date, she realizes Apollo is still obsessed with Persephone. Being uncomfortable with Persephone being the constant topic and disappointed with Apollo's obsessive behavior over Persephone, she quietly leaves through the restroom window to escape her date. Daphne admits she gets excited receiving attention from an Olympian leading to a point where she finds herself trying to impress Apollo through her social media posts. So far, neither one have talked to each other since and Daphne has now started to date Thanatos, who she met through Apollo.

It is revealed that Daphne was one of the flower nymphs that used to accompany Persephone in the Mortal Realm. When they meet again while on Olympus, Daphne is thrilled to see her again, and the two share a hug. Their happy reunion is interrupted by the return of Apollo, and Daphne appears embarrassed by the awkwardness that ensues. Persephone is worried about her when she realizes she is dating Apollo, and privately tells him to leave her alone. Despite comforting Apollo after his and Persephone's "breakup", she holds no ill will towards Persephone and instead seems to value her as an old friend. She appears to not know that Persephone and Apollo were never dating in the first place, and that Persephone is in fact a candidate for The Goddesses of Eternal Maidenhood. She heard the news about her old friend and confirms that Gods do wrathful stuff all the time. However, she started to realize that Apollo is still not over Persephone and he is still obsessed with her. The two girls are reunited in the Underworld where they talk about Hades and Thanatos and celebrate with their friends.

Daphne first meets Thanatos when he accompanies her and Apollo in visiting Helios. Despite initially feeling embarrassed, she quickly warms up to him, assuring him that she didn't mean to make him feel like a third wheel. When she sees his Mortal Realm outfit, she tells him he looks great and creates a laurel wreath for him to wear. She then shows concern for him by telling him to be careful when approaching Helios.

In episode 139, Thanatos offers to help Daphne get down from the bathroom window. After hearing Thanatos' situation, she treats him with pretzels. She and Thanatos hang out together without Apollo noticing she left him for the God of Death. She expresses disappointment over how things are shaping up with Apollo and the entire time she's been trying to impress him with her social media post. Thanatos reassures Daphne that it is not pathetic to like someone in earnest despite trying to please them.

As of Episode 150, they are seen by Minthe and Thetis heading in the direction of the workout studio they are going to, showing that Thanatos took her advice and are now hanging out with each other. Minthe and Thetis realize its because of Daphne that Thanatos has gone MIA and Thanatos seems to no longer be involved with their plans. As of episode 156, the two are now dating and when Persephone asks about the two, Daphne says he's kinda dumb but she's working on it.

It is revealed in Episode 139 that Echo and Daphne are roommates. Echo warns Daphne about Apollo's behavior and is protective of her. 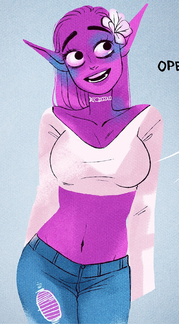 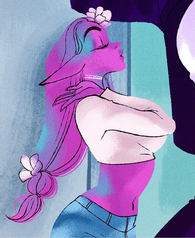 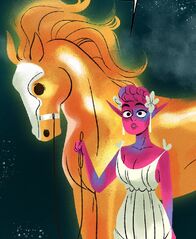 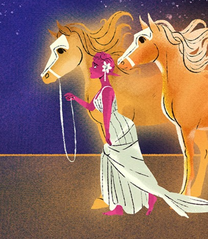 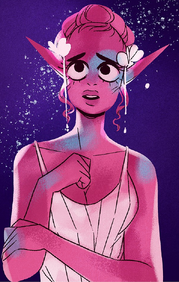 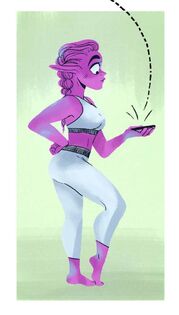 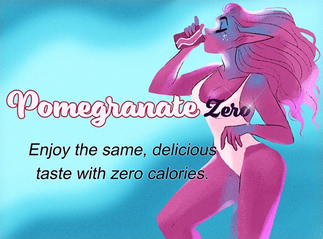 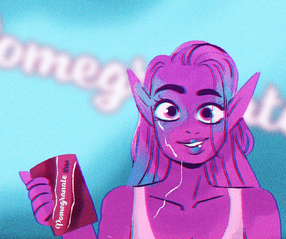 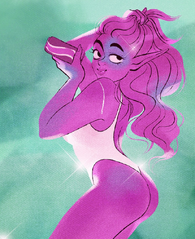 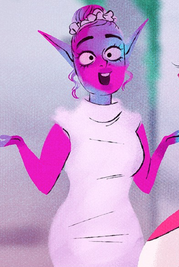 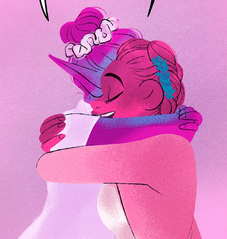 Her outfit from the back. 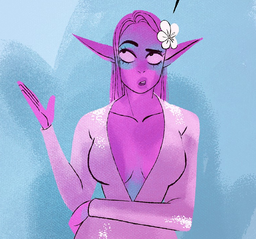 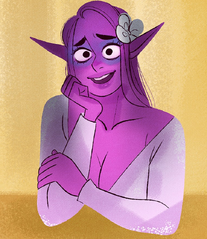 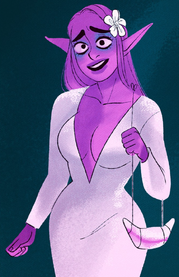 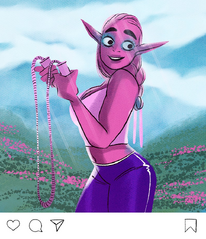 One of Daphne's social media posts 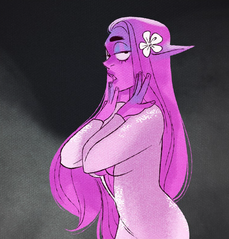 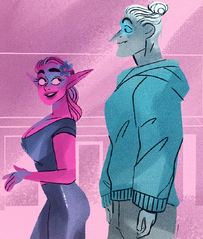 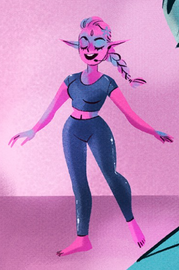 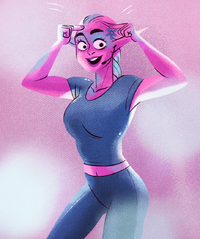 Add a photo to this gallery
Retrieved from "https://lore-olympus.fandom.com/wiki/Daphne?oldid=8166"
Community content is available under CC-BY-SA unless otherwise noted.